On August 23, the Memorandum of Cooperation was signed in Mestia between the Nenskra Hydropower Plant Project company JSC Nenskra Hydro and the City Hall of Mestia municipality. According to the document, a joint Action Plan will be presented within 3 months after its signing, which includes an implementation of small infrastructural projects in the villages of Mestia municipality – Chuberi and Nakra, as well as facilitation of development of social enterprises and implementation of cultural and educational projects. 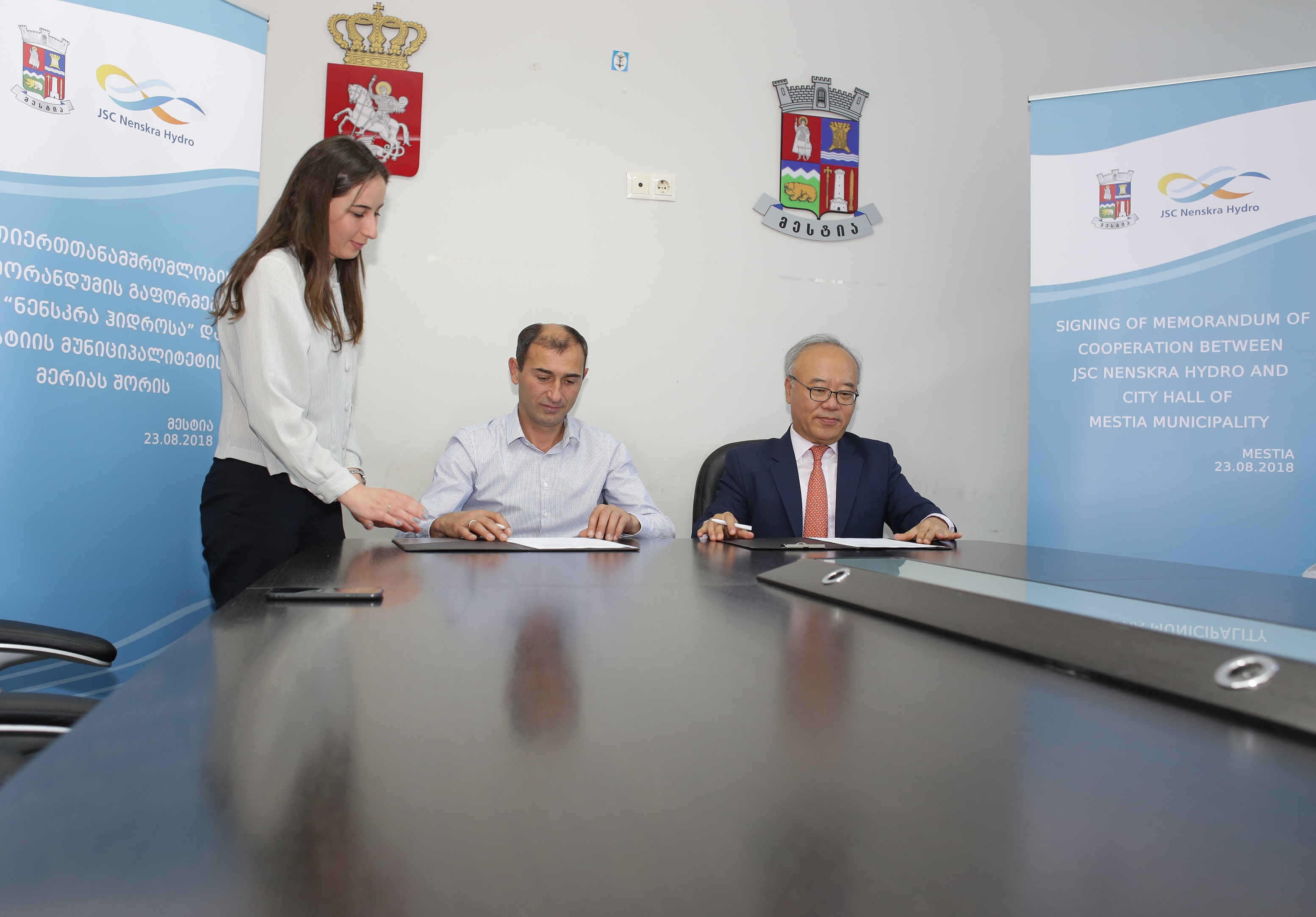 The Memorandum has a term of 4 years, and the amount of investment will be determined gradually – depending on the needs of the villages Chuberi and Nakra. It is already known that in 2019, within the framework of this cooperation, the JSC Nenskra Hydro will allocate 1.5 M GEL for infrastructural projects (rehabilitation of internal roads, kindergartens and schools).
The projects, which are to be implemented within the scope of the Memorandum, will be jointly financed by the JSC Nenskra Hydro and Mestia municipality. 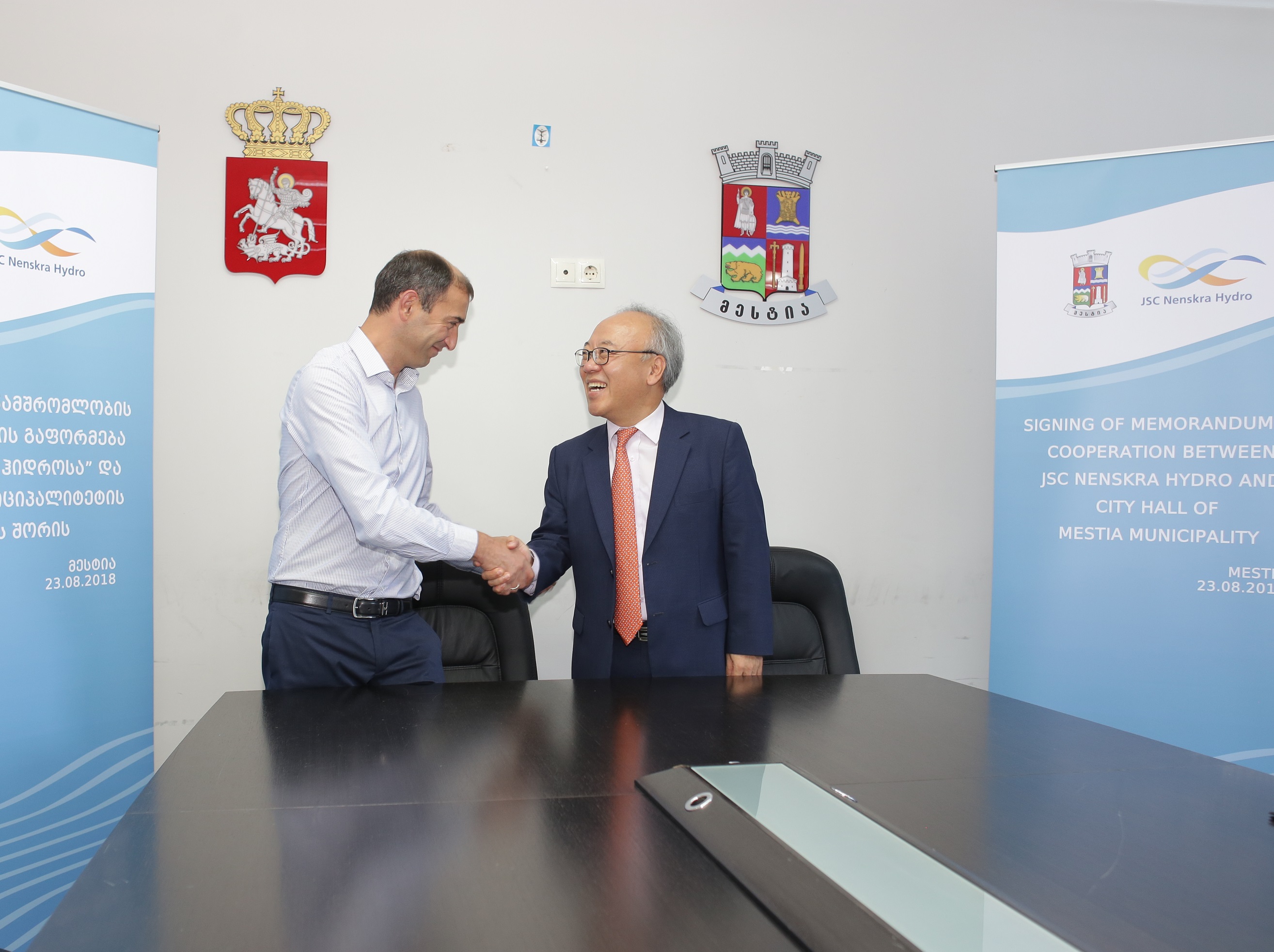 “We are glad that our cooperation with the municipality of Mestia will witness a new interesting stage. Our company, as well as the Korean water resources corporation K-water, the investor of Nenskra HPP project, attaches great importance to the investments in social projects. In 2017 a special investment project was established – Community Investment Program, which includes facilitation of SME development, financing of vocational trainings, and implementation of small infrastructural projects. The projects to be implemented within the scope of Memorandum will be only a small part of full list of programs and actions, which will take place in this direction”, – stated Sunyoung Kim, CEO of JSC Nenskra Hydro.